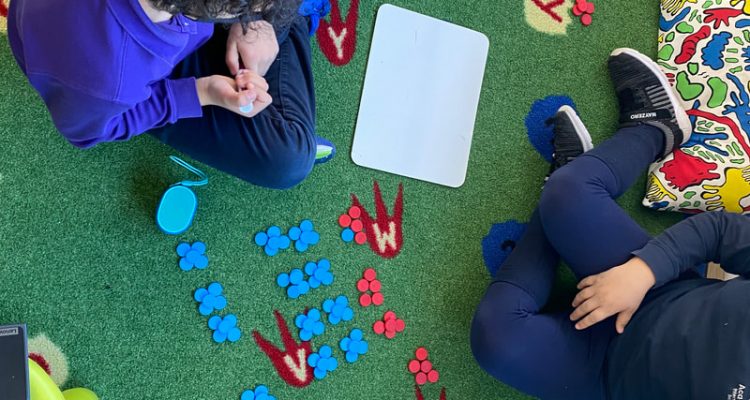 Early numeration skills, such as spontaneously grouping objects to simplify the count, are part of the Defi-Maths curriculum in Grade 1 and 2. In this activity, students were given a random large amount of manipulatives, and were tasked with organizing them to be easily count and identify how many each team had. We can see that the two teams focused on different visual representations. One team thought making groups of 5, and setting them in a long line would be the simplest way to count. The other team made groups of 5, and then later switched to groups of 10 by adding two groups together. They thought that counting by 5s was taking too long, so counting by 10s seemed faster. Each team successfully counted the amount of manipulatives they were given, and learned from each other about organizing and sorting strategies. 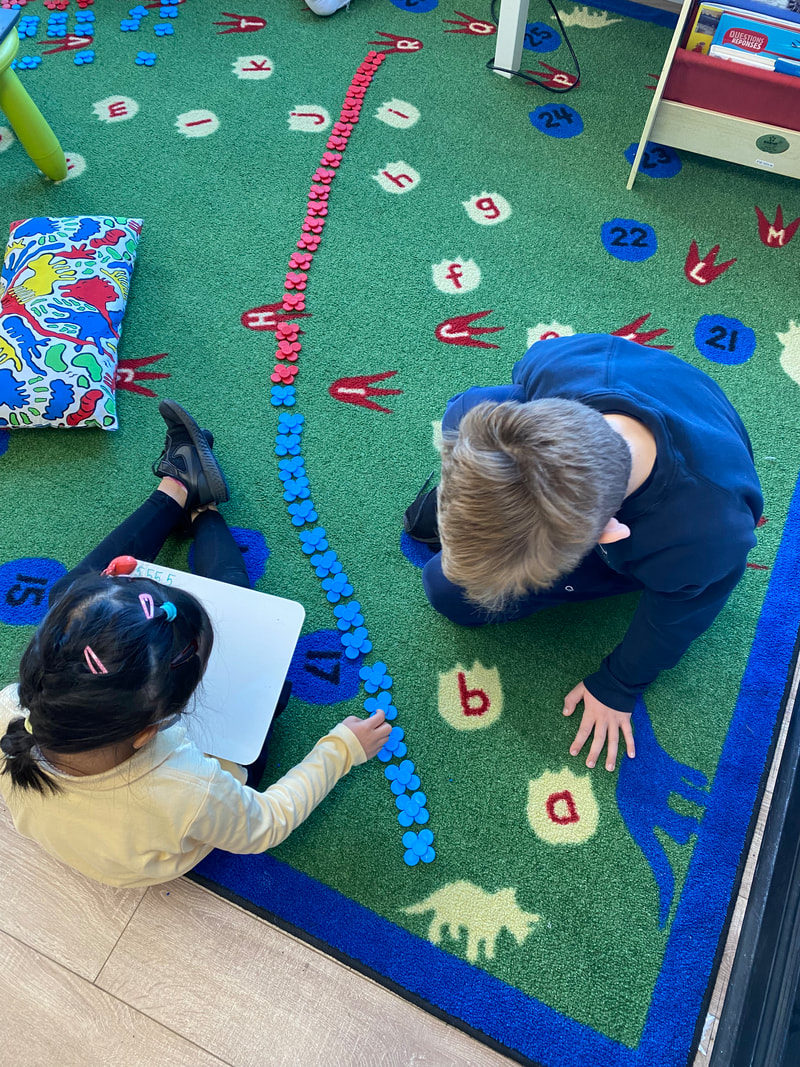 My name is Shannon Neill and I am currently the Grade 1/2 teacher at AcadeCap. I began my teaching career in 2017 after graduating from McGill University with a Bachelor’s of Education, specialized in French Immersion Pedagogy. Since my first year of teaching, I have been working with Grade 1 and 2 students, from Montreal, to Winnipeg, and now Ottawa, where I have been with AcadeCap since 2018. Working with students in Grade 1 and 2 is definitely something special. The students are curious, honest and so willing to learn and share - I consider myself pretty lucky to be able to learn from my students every day!

No Comments on "Making Groups"

Throughout our unit of inquiry, our Kinder class has been learning all about life cycles....More

A fetal pig dissection provides a hands-on opportunity for students to engage in an investigation...More

To finish up our unit about space, the Grade 5/6s made a board game about...More

The Exciting World of Butterflies

​We are learning all about different lifecycles in our class. The children are very excited...More

How do arctic animals stay warm?

This week in iSTEAM, students explored how arctic animals stayed warm even though temperatures are...More