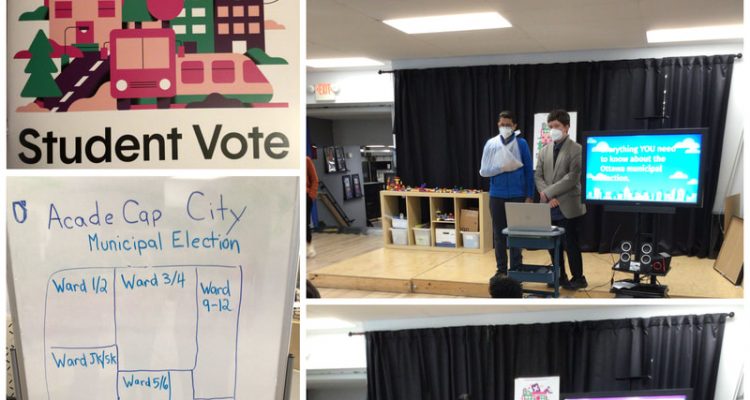 ​The Civics students are taking the lead to organize a series of October activities, all of which are focused on the Ottawa Municipal Election. The School will be participating in Student Vote, a mock municipal election, where students become informed voters and submit a vote to ‘elect’ one of the 14 Mayoral candidates and one of the City Councillor candidates for College Ward. In addition, AcadeCap will transform into ‘AcadeCap City,’ with each classroom acting as a Ward. Civics students will run as AcadeCap Mayoral candidates and one student from each classroom Ward will be elected as an AcadeCap City Councillor. Later in the month, the elected individuals will participate in a mock City Council meeting and work collaboratively to develop solutions to improve AcadeCap City for the benefit of all its citizens.

The children at Acadecap have been enjoying all of the snow that we have received...More

Welcome to the GLOBE Community!

GLOBE is an international science and education programme where students assist scientists from across the...More

Clash of the Ideologies

The HIVE students, in a fun collaboration between their Civics and History courses, participated in...More